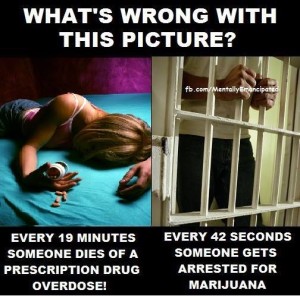 The War on Drugs is being fought against the wrong people. Prescription drugs kill more people than heroin and cocaine combined. On the other hand there’s marijuana which has cured some people of seizures, cancer, and various other ailments. Not to mention that it caused no deaths last year or at any other time in history. You would think that the FDA would advocate for it but instead it classifies marijuana as one of the most dangerous substances for human consumption. Sorry but I think it’s the FDA’s relationship with Big Pharma that is truly dangerous.

Antabuse in australia for sale