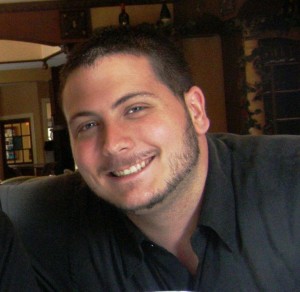 JustIntheBox.org was created in the memory of my son Justin Joseph Boxman. Justin passed of an accidental overdose on July 13th 2011 at the age of 21. Since that day, I have made it my life’s mission to bring awareness to my community on the rising epidemic of prescription drug abuse.

Justin began smoking pot at the age of 15. He used his first prescription drug in senior year of high school. After graduation and his entrance into college, we noticed many changes in Justin’s character. Justin was the middle of my three sons. He was my football star, handsome, personable, charming, loyal, smart, and loving. He had all the perfect qualities that anyone would want in a son. Upon ending the first semester away at college, he returned home.

During the next two and a half years Justin struggled with school, work, and loss of friends. We noticed many changes and knew he was getting high, but were unsure of his choice of drugs until he entered rehab in January of 2011. During the next six months, a lot of what was hiding in the closet had come to the surface. Justin was addicted to opiates and admitted to using Heroin! How could my son, the kid who had been a hypochondriac about everything, use something that could kill him? He knew the ramifications of this drug. Why? Well I will sum it up:

When you are in rehab, you learn that while in the program you could relapse. When you do, you can overdose because your body is no longer used to using. Well, this is what happened to my beautiful son. His overdose was a deadly one. We got the call on the morning on July 13, 2011 that he was found.

It took me a long time to admit that my son was an addict. Even as people came to visit us at our home during Shiva, I struggled to wholeheartedly admit this. I am not actually sure exactly when I finally did. But it was after his passing. You see I had all the tools on how to deal with this disease, because my mother had it. She had passed on April 15, 2008.

My mother, Georgia, entered an AA program on March 8th 1986, at the age of 43. For the next 10 years she was abstinent from alcohol. In the winter of 1996 she fell at work and began physical therapy. During this time I noticed changes in her that were all too familiar from years before.  As I learned of her use of narcotic prescription drugs, I pleaded with her doctor to stop her use of this medication! I explained that she was in recovery and these were dangerous for her. My words fell unto deaf ears to the doctors and my mother. Her addiction got worse and her health declined. My mother did not die of an overdose, but just as bad, her body succumbed to septic shock. This was due to years of RX use and the toll it takes on the body. Malnutrition and drug abuse cause bacterial infections, which affect the respiratory system. In my mother’s case she entered the hospital once again and knew it was her last time there. That night she went into respiratory failure and was on life support for the next 9 days. On April 15th, we laid her to rest.

Little did I know that my life experiences of my loved ones’ substance abuse, would bring me into my calling. As I mentioned earlier, I have made it my mission to tell my story to save lives. I am compelled to bring awareness on the real effects that prescription drugs cause, their dangers, and the effect it has on a family.

My perspective on life has taken on new meaning. I will forever be humbled and grateful by the existence that these two amazing individuals had on my life! My mother, my inspiration, gave me life and also gave me the tools to be the best “me” ever. She would always say “Abby, can’t means won’t.” So I can and I will! She will always be my rock!

My Justy, my buddy. My husband and I would always say he was the one who was going to take care of us when we were old. I know he still will, but just a little differently now. The loss of a son is not a natural course of life that any parent should ever know. My child, my son, whom I gave life to, will forever live in my heart, soul and everyday existence for eternity.

I love you both and dedicate my life’s work to both of you!!  Until we meet again!!