The life of a heroin addict is not the same as it was 20 years ago, and the biggest reason is what some doctors call “heroin lite”: prescription opiates. These medications are more available than ever, and reliably whet an appetite that, once formed, never entirely fades.

Details are still emerging about the last days of Philip Seymour Hoffman, the actor who died last week at 46 of an apparent heroin overdose. Yet Mr. Hoffman’s case, despite its uncertainties, highlights some new truths about addiction and several long-known risks for overdose.

The actor, who quit heroin more than 20 years ago, reportedly struggled to break a prescription painkiller habit last year. Experts in addiction say that the use of medications like Vicodin, OxyContin and oxycodone — all opiates like heroin — has altered the landscape of addiction and relapse, in ways that affect both current users and former ones.

“The old-school user, pre-1990s, mostly used just heroin, and if there was none around, went through withdrawal,” said Stephen E. Lankenau, a sociologist at Drexel University who has surveyed young addicts. Today, he said, “users switch back and forth, to pills then back to heroin when it’s available, and back again. The two have become integrated.”

Rates of prescription opiate abuse have risen steadily over the last decade, while the number of people reporting that they used heroin in the past 12 months has nearly doubled since 2007 to 620,000, according to government statistics. That’s no coincidence, researchers argue: more people than ever now get a taste of opiates at a young age, and recovering addicts live in a world with far more temptations than there were a generation ago.

“You can get the pills from so many sources,” said Traci Rieckmann, an addiction researcher at Oregon Health & Science University. “There’s no paraphernalia, no smell. It’s the perfect drug, for many people.”

Millions of people use these drugs safely, and doctors generally prescribe them conscientiously. But for some patients, prescription painkillers can act as an introduction — or a reintroduction — to an opiate high. The pills set off heroin craving in recovering addicts, doctors say, every bit as well as they soothe withdrawal in current users.

Dr. Jason Jerry, an addiction specialist at the Cleveland Clinic’s Alcohol and Drug Recovery Center, estimates that half of the 200 or so heroin addicts the clinic sees every month started on prescription opiates.

In many parts of the country, heroin is much cheaper than prescription opiates. “So people eventually say, ‘Why am I paying $1 per milligram for oxy when for a tenth of the price I can get an equivalent dose of heroin?’ ” Dr. Jerry said.

Investigators do not yet know whether Mr. Hoffman was taking prescription opiates at the time of his death. Toxicology tests are pending, and the purity and content of the heroin found in his apartment will certainly be a focus.

While the deluge of prescription painkillers is new, other risk factors for overdose have not changed in decades.

Post-rehab — after having gotten clean — addicts are vulnerable to overdose because they misjudge their tolerance level, which has dropped. Pre-rehab, many addicts will binge one last time, also inviting trouble.

Even a change in where a person uses his or her drug of choice can increase the likelihood of an overdose, studies suggest. “If you habitually use in your car, for example, the body prepares itself to receive the drug when it’s in that environment,” Dr. Rieckmann said. “It’s called conditioned tolerance. When people using are in an unfamiliar places, the body is less physically prepared.”

The risk of dying from an overdose is higher when people are using alone. “Another person, sober or not, can notice when someone nods off, or just say, ‘Hey man, slow down,’ ” Dr. Lankenau said. “And users act as a gauge for each other of when they’re doing something dangerous.”

Many needle exchange programs and clinics now have overdose prevention courses, teaching users to notice danger signs and administer the drug naloxone, an opiate blocker that E.M.T.s use to revive addicts who have overdosed.

None of which might have spared Mr. Hoffman. One thing that has not changed for heroin addicts over the past 20 years is the certainty that this next shot will not be deadly.

“You have to understand that addicts inject three or four times a day for years and years on end,” Dr. Gideonse said. “They don’t perceive any one shot to be dangerous or potentially deadly, because in their experience, there’s no reason to.”

Doctors should be at forefront of curbing abuse.

The deadliest drug problem in America is not heroin or cocaine or even crack cocaine. It’s the abuse of perfectly legal prescription pain medications — familiar names such as Vicodin and Lortab and generic hydrocodone.

Last month, federal regulators finally got around to recommending stronger restrictions on access to these medications by limiting refills and mandating more frequent visits to doctors to obtain prescriptions. Now doctors, who helped create the problem, need to do their share to control it.

Fourteen years have passed since Ronald Dougherty, a doctor and addiction specialist, noticed something odd at his clinic in suburban Syracuse, N.Y.: More patients were addicted to legal drugs than to illegal narcotics. He petitioned the federal government to treat these drugs as the growing danger they were.

Dougherty, it turned out, was as prescient as the federal government was sluggish. Since 1999, overdose deaths from narcotic painkillers in the U.S. have quadrupled. Every day, they kill 45 people and send 1,370 to emergency rooms. By contrast, cocaine kills 12 people a day and heroin kills eight.

One addictive painkiller, hydrocodone, is the most prescribed medication in America — 4 billion prescriptions a year at last count. Dr. Tom Frieden, director of the Centers for Disease Control and Prevention, said “doctors caused” this epidemic. “We’re prescribing massive amounts of opiates,” he told us last week, “and patients are getting hooked.”

Dealing with the problem has been tricky. That’s because these medications are indispensable for some people with extreme, chronic pain — particularly from terminal illness that renders addiction meaningless. And because easy access has powerful support from patient groups, drug chains, drug makers and many physicians. These lobbies have impeded the most promising responses.

One of the best solutions is state prescription monitoring programs designed to prevent addicts from doctor-shopping. Some physicians, unaware that a patient is getting multiple prescriptions from several sources, become unwitting accomplices to addiction. Others get rich running pill mills.

Databases to monitor prescriptions and prevent overlap are finally running in almost every state. Pharmacists can record when they fill certain prescriptions, and doctors can check patient histories. But most doctors don’t use these registries — a failure both mystifying and outrageous. Doctors should be in the forefront of combating abuse.

To deal with this, a few states — Kentucky, New York and Tennessee, with more in the works — require doctors to query the database. New York’s database used to get, on average, 10,000 queries a month. In the two months since the mandate, there have been 2.7 million requests.

Florida’s approach — which targeted pill mills and made use of a strong database — cut hydrocodone deaths by 16% in the first half of 2012, compared with the preceding six months.

The Food and Drug Administration’s recommendation can do the same. Patients can only receive three, 30-day prescriptions at a time. They must see a doctor every 90 days to get new prescriptions.

The strict limits could make it harder for some rural or homebound patients to get necessary relief, suggesting a need for some narrow exemptions. But that shouldn’t be used as an excuse for further delay in dealing with such a deadly public health problem. 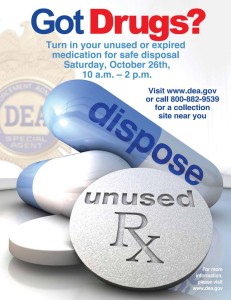