All Posts tagged Partnership at drugfree.org 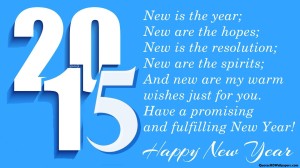 Teens will be teens. They sleep late, fail a test here and there or get uncharacteristically moody. But what if these behaviors are happening more often than usual, or all at the same time? You know your teen better than anyone, but it is important to know what to look for if you suspect he or she may be abusing medicine.

With one in four kids reporting abuse of prescription drugs in their lifetime, it’s important to take action right away if you do suspect medicine abuse. Don’t be afraid to talk – and listen – to your teen, work through things together and get help if necessary. The finding comes from a study of 11,000 teenagers by researchers at Duke and Pennsylvania State universities.

The best results came from pairing a school-based program with a home-based intervention, resulting in a 10 percent decrease in abuse rates.

By contrast, most school-based programs were ineffective when used by themselves, with just one exception.

While the results are sobering (no pun intended), the six-year study is among the first to measure the success and cost-effectiveness of prescription drug abuse prevention efforts.

Abuse of prescription opioids, a form of painkiller, is the fastest-growing form of illicit drug use in the country, affecting more than 12 million Americans and killing more people annually than heroin and cocaine combined, according to the Centers for Disease Control and Prevention.

As a result, the U.S. Food and Drug Administration has recommended restricting access to painkillers such as Percocet, Oxycontin, and Vicodin.

“There’s a growing national debate about whether we should restrict access to these drugs, but at the same time, the drugs are hugely important for pain management. What’s being left out of the debate is the role of prevention.”

Crowley and his co-authors found that only one school-based program was effective when used by itself.

“Life Skills Training was also among the most cost-effective programs studied, costing an average of $15 per child,” Crowley said. “By contrast, the study notes that prescription drug abusers cost society an average of $7,500 each for treatment and other expenses, by conservative estimates.”

Life Skills was among four prevention programs the researchers studied.

All four were “universal” programs that were offered to all teenagers in a given district.

The researchers analyzed pairs of demographically similar school districts. Within each pair, one community received a prevention program or programs, and the other did not.

The research team surveyed teenagers each year, asking teens to anonymously report whether they had ever used a prescription painkiller for nonmedical purposes. The authors then compared drug use levels in districts that received interventions versus those that did not.

In communities that received no intervention, a quarter of high school seniors reported having misused prescription painkillers.

Crowley said he hopes policymakers and educators will put the findings to use.

“These results give policymakers options regarding how to handle this growing epidemic.”